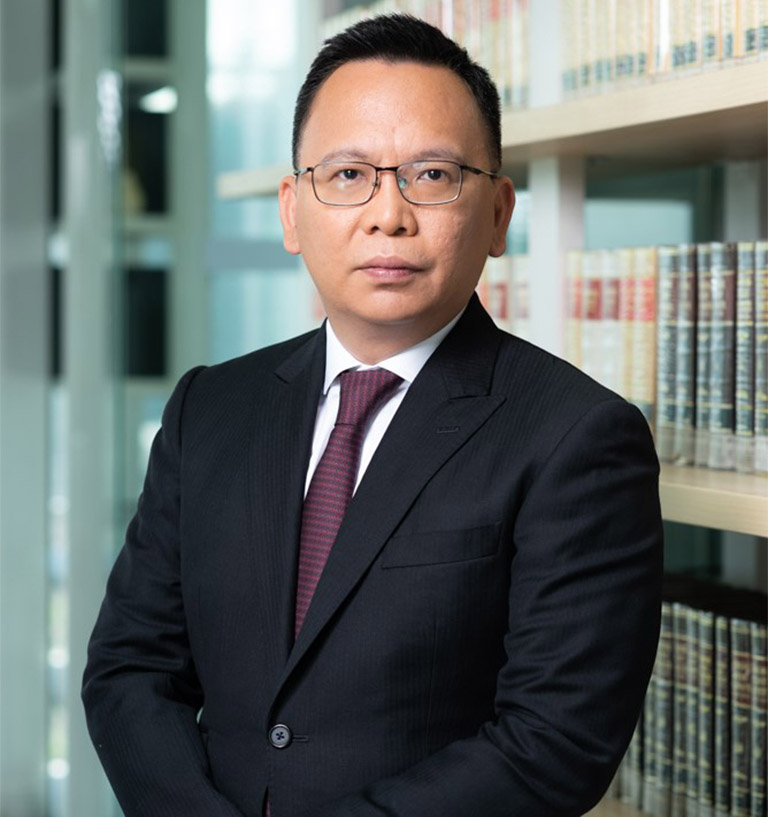 Bot earned his Bachelor of Arts in Interdisciplinary Studies degree in 1994 at the Ateneo de Manila University where he also obtained his Juris Doctor with Second Honors in 1998.

Bot’s litigation practice started with his stint as an Associate at Carpio Villaraza & Cruz Law Offices. He later founded Lim & Leynes, where he practiced litigation, corporate, commercial, and election laws.

In 2011, Bot accepted his appointment as Commissioner of the Commission on  Elections (COMELEC). Bot ushered various significant electoral reforms, particularly in the field of campaign finance. He also successfully introduced and implemented innovations in the management of the 2016 National and Local Elections resulting in record-breaking achievements, making COMELEC a forerunner in automated elections in Asia. Bot served COMELEC until 2018, retiring as acting Chairman and returning to private practice as managing partner of Lim Leynes Lozada-Marquez Law Offices.

What made you decide to be a lawyer?
My dad wanted me to take up law school and I wanted to stay in school and continue living on an allowance.
What motivates you to be a better lawyer?
To win and see the satisfaction on my client’s face.
Describe your ideal client?
Listens to strategy.
Your favorite law:
Criminal law.
Hobby I will never give up:
Comic books.
Favorite movie:
The Godfather.
The best advice you got:
Go to law school.
Advice to people seeking the help of lawyers:
If you can resolve the issue without a need of a lawyer, better for you.
Our Lawyers
DIOSDADO E. TRILLANA
ANDRE C. PALACIOS
CHRISTIAN ROBERT S. LIM
NESTOR M. LEYNES III
RAFAEL ALONSO C. GARCIA
JAYJAY C. ONRUBIA-PUNO
MARIANNE P. LOZADA-MARQUEZ
NORMAN T. GOLEZ
JUNO C. CABAÑEZ-VICERA
KATHERINE C. MERCADO
RICHARD LEONARD A. CRUZ
AVA MARI F. RAMEL
KARL STEPHEN C. LANDOY
We use cookies on our website to give you the most relevant experience by remembering your preferences and repeat visits. By clicking “Accept All”, you consent to the use of ALL the cookies. However, you may visit "Cookie Settings" to provide a controlled consent.
Cookie SettingsAccept All
Manage consent

This website uses cookies to improve your experience while you navigate through the website. Out of these, the cookies that are categorized as necessary are stored on your browser as they are essential for the working of basic functionalities of the website. We also use third-party cookies that help us analyze and understand how you use this website. These cookies will be stored in your browser only with your consent. You also have the option to opt-out of these cookies. But opting out of some of these cookies may affect your browsing experience.
Necessary Always Enabled

Any cookies that may not be particularly necessary for the website to function and is used specifically to collect user personal data via analytics, ads, other embedded contents are termed as non-necessary cookies. It is mandatory to procure user consent prior to running these cookies on your website.